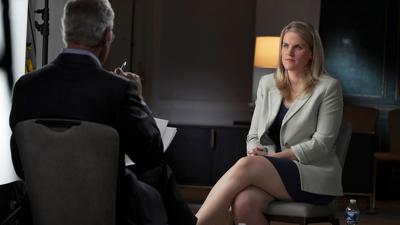 Her name is Frances Haugen. That is a fact that Facebook has been anxious to know since last month when an anonymous former employee filed complaints with federal law enforcement. The complaints say Facebook's own research shows that it amplifies hate, misinformation and political unrest—but the company hides what it knows. One complaint alleges that Facebook's Instagram harms teenage girls. What makes Haugen's complaints unprecedented is the trove of private Facebook research she took when she quit in May. The documents appeared first, last month, in the Wall Street Journal. But tonight, Frances Haugen is revealing her identity to explain why she became the Facebook whistleblower.

Frances Haugen is 37, a data scientist from Iowa with a degree in computer engineering and a Harvard master's degree in business. For 15 years she's worked for companies including Google and Pinterest.

Australia Has Fallen. Is Our Nation Next?