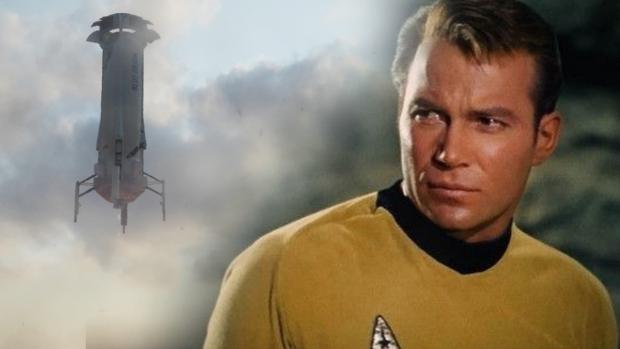 Bezos, the founder of Amazon, is a huge fan of the sci-fi series and even had a cameo as a high-ranking alien in the 2016 film "Star Trek Beyond." His rocket company invited Shatner to fly as its guest.

Shatner will become the oldest person to go to space. He'll join three others — two of them paying customers — aboard a Blue Origin capsule. He'll wind up being the second actor to reach space this month: Russia is launching an actress and a film director to the International Space Station on Tuesday for almost two weeks of moviemaking.

Shatner's flight, by comparison, will last just 10 minutes and reach no higher than about 66 miles (106 kilometers). The capsule will parachute back to the desert floor, not far from where it took off.

With flights short or long, space tourism is picking up steam fast.