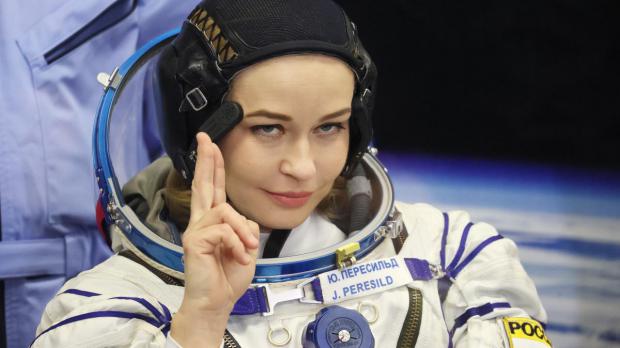 Russian actress Yulia Peresild will launch for the International Space Station tomorrow, beating Tom Cruise to be the first actor to film a movie in space, after his flight, originally scheduled for this month, was pushed back to 2022.

The 37-year-old will be joined by director Klim Shipenko, after both went through months of training, including centrifuge and zero gravity flight tests.

The pair will launch from the Baikonur cosmodrome on the Soyuz MS-19 crew capsule at 09:55 BST (04:55 ET) with cosmonaut Anton Shkaplerov.

The trio were cleared as medically fit to fly last week, as were the backup crew of cosmonaut Oleg Artemyev, director Alexey Dudin and actor Alena Mordovina.

Shipenko and Peresild will spend 12 days in space, filming the movie that will also include the Roscosmos cosmonauts on the station as extras.

Tom Cruise is rumoured to be flying to the ISS in 2022, as part of a $200 million project supported by Elon Musk-owned SpaceX and NASA.

The movie tells the story of a doctor who has never had involvement with the space program before, but travels to the ISS to save the life of a cosmonaut.

Director Klim Shipenko, who will also act in the movie during his fortnight living and working on the orbital platform, previously described the movie as 'an experiment,' adding there is 'nobody to get advice from.'

'There is not a single cameraman who could answer how to work with light from a porthole,' he said, of the issues filming in such an unusual environment.