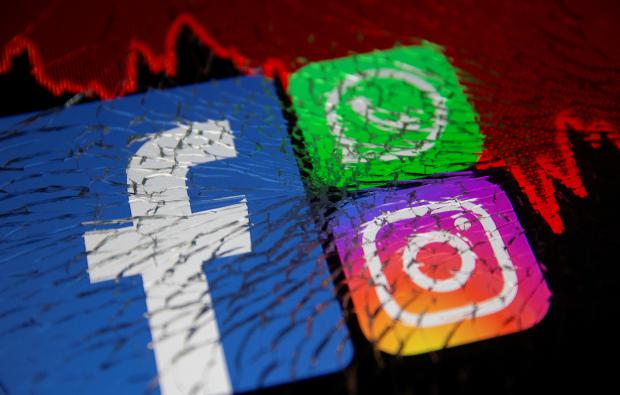 Facebook, Instagram and Whatsapp were back in business on Monday afternoon after a seven hour shutdown that cost CEO Mark Zuckerberg an estimated $7 billion.

Technicians had attempted a 'manual reset' of its servers on Monday afternoon, which appeared to have worked.

A small team of employees was sent to Facebook's data center, in Santa Clara, California, to try a 'manual reset' of the company's servers, according to an internal memo obtained by The New York Times.

'Sorry for the disruption today -- I know how much you rely on our services to stay connected with the people you care about.'

On Monday evening, Facebook tweeted: 'To the huge community of people and businesses around the world who depend on us: we're sorry.

'We've been working hard to restore access to our apps and services and are happy to report they are coming back online now. Thank you for bearing with us.'

Facebook's Chief Technology Officer offered his 'sincere apologies' as a global outage of the website, costing the company $50billion and CEO Mark Zuckerberg $7billion and counting.

A blog post from Facebook Monday said the outage was caused by 'configuration changes on the backbone routers that coordinate network traffic between our data centers.'

The company described a 'cascading effect" on communication between data centers, 'bringing our services to a halt'.

The changes were believed to have started at 11.50am EST, and the outage was due to error and not a cyber attack.