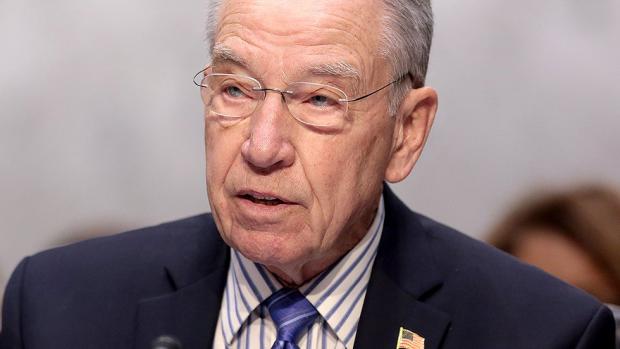 Then Grassley said something even more incredible: the FBI had declined to meet with him at all. Month after month. Year after year. At any time. For any reason. This is incredible because Grassley has been a ranking member on the Judiciary Committee for a long time — so he provides oversight of the FBI. Well, he supposedly provides oversight. In actuality, the FBI avoids oversight. As Grassley told everyone: "I've asked Director Wray several times to meet with me relating to a very troubling briefing that I received in August 2020 from the FBI and which was later weaponized against my and Senator Johnson's oversight. Director Wray and his staff have ignored my request to meet."

Think about what Grassley is saying: he can't get the FBI to meet with him about a briefing the FBI gave him! Do you still believe that Congress has real oversight on the FBI? Because Grassley just told you: it's a lie. He also had his letter entered into the official record. Grassley's letter is an extraordinary document because of how much insight it gives the average American citizen into how our government really works:

On August 6, 2020, we received a briefing from the FBI which, according to the FBI, was done in conjunction with the Intelligence Community (IC). This briefing was done because of political pressure from Democratic Leadership, not because of any real threat. We have asked to meet with FBI Director Christopher Wray to discuss our concerns and have requested records relating to the briefing; however, he and his Chief of Staff, Corey Ellis, have refused to answer our communications and have failed to provide any answers or information. FBI leadership's failure to respond to congressional inquiries not only undermines the FBI as an institution, it also undermines the work of its dedicated agents and staff.

Why did the FBI do a phony briefing for Grassley and Johnson?

Nancy Pelosi, and Representative Adam Schiff sent a letter, with a classified attachment, to the FBI to express a purported belief that Congress was the subject of a foreign disinformation campaign. In that letter, which was publicly released on July 20, 2020, they requested a briefing on foreign efforts to interfere in the 2020 U.S. presidential election. The classified attachment included unclassified elements that, among other things, attempted — and failed — to tie our joint investigation into the Biden family's foreign financial deals to foreign disinformation.