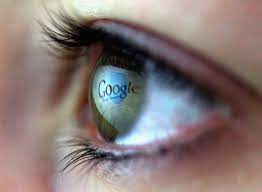 -The relatively new style of warrant orders Google to track and provide user data on anyone who searches specific names, addresses or telephone numbers

-Google, however, has defended its decision to respond to the federal government's keyword warrants and claims they protect users when doing so

The U.S. government is using 'keyword warrants' to uncover the identity of anyone who searches Google and other search engines for certain search terms that may be related to a crime, according to a new report.

The controversial practice, which is already drawing civil liberties concerns about sweeping government overreach, was revealed on Tuesday in 'accidentally unsealed' court documents obtained by Forbes.

Keyword warrants — which have been secretly employed for at least several years — are drawing backlash as many argue they violate an individual's constitutional protections against unreasonable search and seizure.

'Trawling through Google's search history database enables police to identify people merely based on what they might have been thinking about, for whatever reason, at some point in the past,' said Jennifer Granick, surveillance and cybersecurity counsel at the American Civil Liberties Union.

2FA is a Big Tech Scam! You Must Resist!