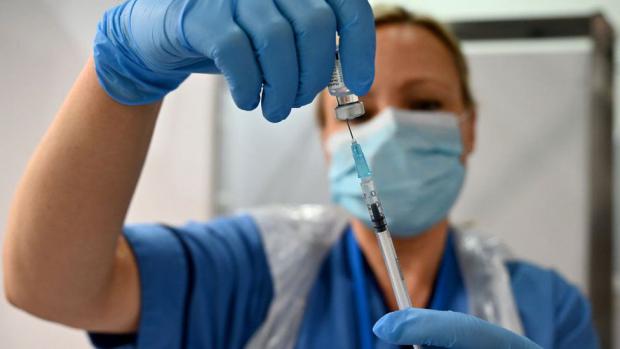 Maureen Hurst thought that when she left her job, after more than 40 years working in healthcare, it would be to step into retirement.

Instead, last week, the registered nurse of 42 years found herself unceremoniously shoved into the abyss – fired via email after working the last 22 years at the SUNY Research Foundation, Stony Brook, New York.

It was a brief exchange: was she going to comply with the state mandate and get the Covid-19 vaccine? She responded that she was not. She was fired.

Hurst, 59, is one of thousands of Americans prepared to go to the mat rather than comply with the sweeping vaccine mandates announced by the White House last month.

Faced with the prospect of having the shot or losing their livelihood, these so-called 'refuseniks' have opted for the latter, going to bat, and in some cases going to court, in a concerted push-back against a mandate that, they argue, is unlawful, unnecessary and unsafe.

On Monday, as Mayor Bill de Blasio's mandate went into effect, dozens of New York City teachers staged a demonstration outside the Department of Education in downtown Brooklyn. They held placards urging, 'Resist medical tyranny!' and stating, 'My Body My Choice.'

Ninety-seven percent of the city's teachers have received at least the first dose of the vaccine but that still leaves close to 4,000 unvaccinated staff who risk losing their jobs.

It is a scenario being played out across the country and in all different sectors.

Wife Stands Off With Hospital To Keep Her Husband Alive, And Wins