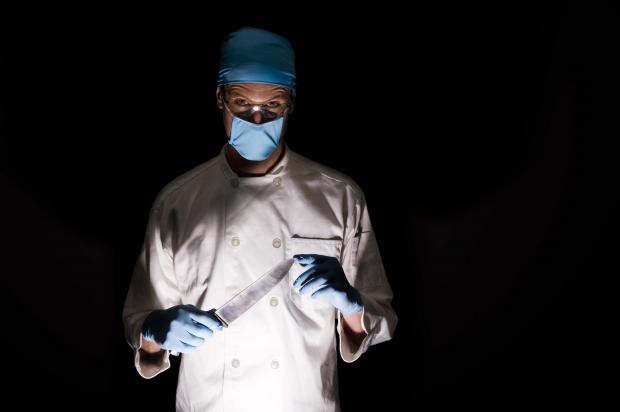 Modern medicine – the corporate-dominated industries now generally referred to as "health care" and "public health" – had a good century-and-a-half run.

At the time of Lincoln's war to conquer the South (one more time, can you show us the part of the Constitution which says states which voluntarily joined the union aren't allowed to secede? Didn't think so), more soldiers died of disease and infected wounds than from direct enemy action. "Surgery" involved having the patient bite on a leather gag as strong men held his arms and legs to stop him from writhing and screaming too much as the surgeon probed for that musket ball – and most who didn't die on the table would die of a subsequent infection within a day or two.

But doctors developed anaethesia. Then they figured out the reason more wealthy women died after childbirth in their hospitals than peasant women giving birth in rude huts was that the doctors were examining those young mothers after performing autopsies on corpses in the morgue . . . without bothering to wash their hands.

Sterile surgical operating theaters were developed; x-rays to direct surgeons without having to probe around aimlessly in the body cavity. Antibiotics and other "miracle drugs" saved vast numbers who would previously have died of infection. "Public health" convinced us to clean up the trash, install sanitary sewers and waste treatment plants, wage our wars on rats, mosquitoes, and other vermin.

Clean drinking water came from non-polluted reservoirs. "Public health" indeed got better – even if the "hygienic movement" created problems of its own, creating rape epidemics and the modern phenomenon of the heroin junkie by suppressing such previously legal adult activities as the opium den, over-the-counter paregoric and codeine cough syrup, and the bordello with its Ladies of Easy Acquaintance.