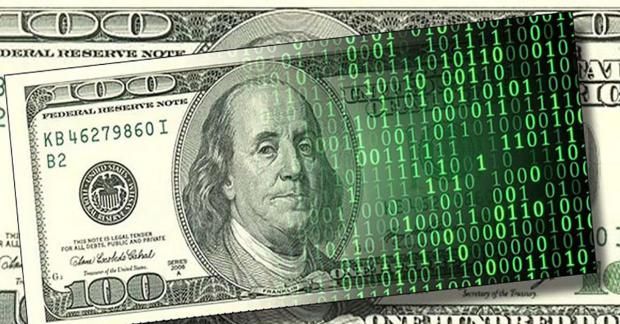 Building on the bitcoin model, central banks are planning to produce their own "digital currencies". Removing any and all remaining privacy, granting total control over every transaction, even limiting what ordinary people are allowed to spend their money on.

From the moment bitcoin and other cryptocurrencies first emerged, sold as an independent and alternative medium of exchange outside the financial status quo, it was only a matter of time before the new alternative would be absorbed, modified and redeployed in service of the state.

For those who have never heard of them, "Central Bank Digital Currencies" (CBDCs) are exactly what they sound like, digitized versions of the pound/dollar/euro etc. issued by central banks.

Like bitcoin (and other crypto), the CBDC would be entirely digital, thus furthering the ongoing war on cash. However, unlike crypto, it would not have any encryption preserving anonymity. In fact, it would be totally the reverse, potentially ending the very idea of financial privacy.

Now, you may not have heard much about the CBDC plans, lost as they are in the tangle of the ongoing "pandemic", but the campaign is there, chugging along on the back pages for months now. There are stories about it from both Reuters and the Financial Times just today. It's a long, slow con, but a con nonetheless.

The countries where the idea progressed the furthest are China and the UK. The Chinese Digital Yuan has been in development since 2014, and is subject to ongoing and widespread testing. The UK is nowhere near that stage yet, but Chancellor Rishi Sunak is keenly pushing forward a digital pound that the press are calling "Britcoin".

IRS Expects to Seize Billions of Dollars in Cryptocurrency Next Year...