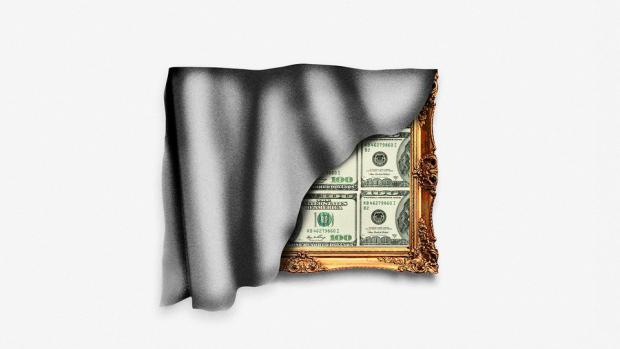 The art gallery selling Hunter Biden's paintings saw its federal COVID-19 loan increased from $150,000 to $500,000 after his father took office, it has been revealed.

In July 2021 - six months after Joe Biden took office - this figure was then revised, awarding the company another $350,000 and more than trebling the total value of the loan.

Just over two months later, the gallery hosted a pop-up show at the famous Milk studios in Hollywood to sell the president's son's paintings which cost between $75,000 and $500,000.

The Soho gallery is also set to hold a New York City show of his work this spring, after it was pushed back from the original launch date this month.

In total, the gallery received around $580,000 in COVID-19 relief payments, after it also received two Paycheck Protection Program loans totaling around $80,000 in April 2020 and February 2021.

The substantial loans, designed for businesses hard-hit during the pandemic including to help cover salaries, were granted despite Georges Bergès Gallery employing just two people.

There is no indication that the president was involved in granting these loans or that his son Hunter profited from the payments - either through payment from the gallery or by it using the money to market his paintings.