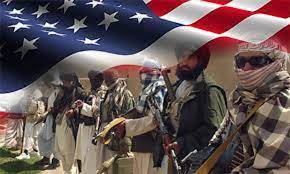 It comes after the latest round of talks with Washington officials in Doha which Taliban negotiators said "went well" - the first such talks since the US evacuation and pullout in August.

It appears the two sides came to agreement over the humanitarian assistance based on reception of the funds not being linked to formal political recognition. The US side gained confirmation that the Taliban would allow US citizens and permanent residents, and other foreign nationals still stuck in Afghanistan the freedom to leave the country:

The statement said the US agreed to provide humanitarian aid to Afghanistan, while the Taliban said they would "facilitate principled movement of foreign nationals."

There was also agreement that the Taliban would commit to fighting terrorism, which further comes after ISIS-K attacks on mosques and the mass killing of civilians, resulting in Taliban assaults on what are said to be ISIS hideouts.

The American side's statement on the foreign aid directed to Kabul was more vague, saying only that "The two sides also discussed the United States' provision of robust humanitarian assistance, directly to the Afghan people."

"The US delegation focused on security and terrorism concerns and safe passage for U.S. citizens, other foreign nationals and our Afghan partners, as well as on human rights, including the meaningful participation of women and girls in all aspects of Afghan society," the US State Department readout of the proceedings in Doha indicated.