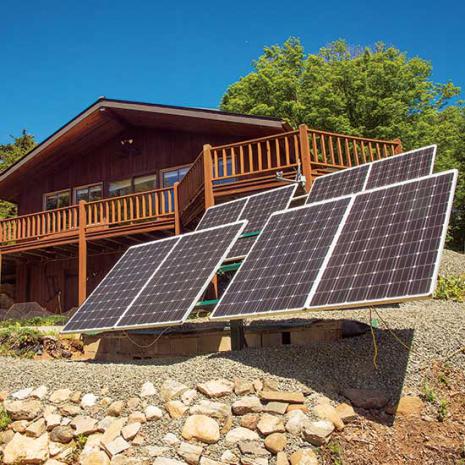 Solar batteries for off-grid use

When looking for the best solar batteries, it's important to pay attention to their depth of discharge (DOD), cycle life, discharge rate (C-rate), cost, maintenance requirements and potential applications, among other things.

The DOD refers to the amount of power that can be discharged from the battery and is typically expressed as a percentage. If a battery's DOD is given by the manufacturer as 25 percent, then only 25 percent of the battery capacity should be used up. Discharging the battery beyond its maximum DOD can cause irreparable damage and significantly shorten a battery's cycle life — the number of charge/discharge cycles in its useful life.

Meanwhile, the C-rate refers to the time it takes to fully discharge a battery. It is commonly used to describe battery capacity. A C-rate of 1C, for instance, means that a battery will be fully discharged in an hour (h). Here are common C-rates and their corresponding service times:

Though batteries with higher C-rates get discharged more quickly, they can provide more electricity at a given moment than their counterparts. Take a look at these three common solar batteries: (h/t to ModernSurvivalBlog.com)