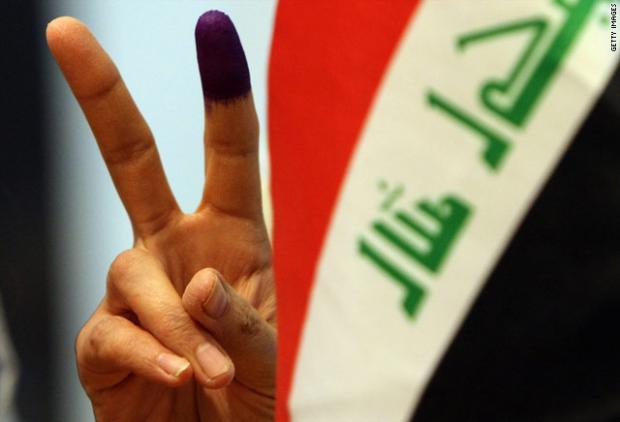 Many people turned out on Sunday to take part in Iraq's fifth election since the overthrow of former ruler Saddam Hussein by US forces in 2003.

However, with early participation results emerging, it seems that the majority of the country chose to stay at home.

In a cafe in Baghdad's central Karrada district, one group of men decided that playing cards, smoking shisha and drinking coffee was a better use of their time than taking part in what they saw as a corrupt and useless political process.

While the walls of Karrada were covered with posters and banners urging customers to support the likes of the State of Law, Taqaddum or Fatah coalitions, or any number of political parties, the men in the cafe are arguably representative of the biggest constituency in Iraq - non-voters.

"I threw away my election card," Murtada, a young medical student, told Middle East Eye. "The country is sold, there's no-one to vote for. This country's on its way to hell."

At his age, he had been eligible to vote twice, but said he had never taken up the opportunity. Without the right connections, he had no expectation of being able to get a job after graduation.