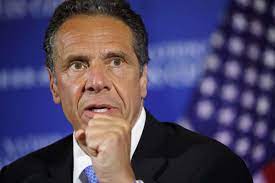 "The question is whether the State's summary imposition of § 2.61 conflicts with plaintiffs' and other individuals' federally protected right to seek a religious accommodation from their individual employers," wrote Judge David N. Hurd, a Bill Clinton appointee.

"The answer to this question is clearly yes. Plaintiffs have established that § 2.61 conflicts with longstanding federal protections for religious beliefs and that they and others will suffer irreparable harm in the absence of injunctive relief," reads the 27-page ruling, which offers a reprieve for thousands of unvaccinated doctors, nurses and other healthcare workers who would have otherwise been fired or prevented from working on Tuesday if the ruling had gone the other way.

Hurd issued a preliminary injunction preventing the NY Department of Health from acting against any employer who grants religious exemptions, adding that the plaintiffs were likely to succeed in their case.

"The Department of Health is barred from interfering in any way with the granting of religious exemptions from Covid-19 vaccination going forward, or with the operation of exemptions already granted," reads the ruling.

"My responsibility as governor is to protect the people of this state, and requiring health care workers to get vaccinated accomplishes that," she said. "I stand behind this mandate, and I will fight this decision in court to keep New Yorkers safe."

'Her calculation is off': Sinema dares the left to take her out

Pandemic Wiped Out Entire Savings Of 20% Of US Households

Brace For Price Shock: Americans' Heating Bills To Soar Up To 50% This Winter