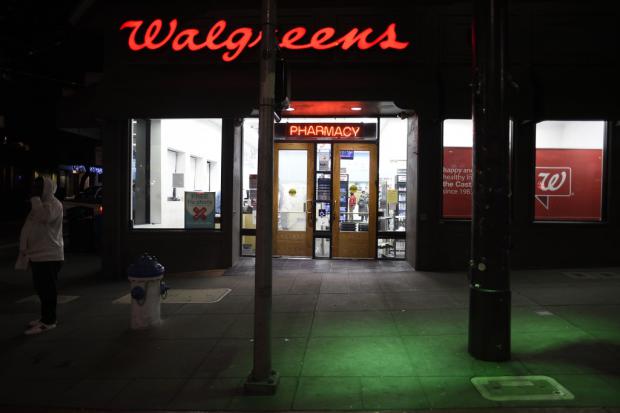 Walgreens is shuttering another five of its stores in crime-ridden San Francisco because of rampant shoplifting by thieves who waltz past security guards and sell the items outside the drugstore chain's doors.

The national chain has closed 17 of its 70 San Francisco locations in the past two years because of the shelf raiders, who have swiped everything not behind lock and key.

Thefts in the chain's 53 remaining stores are five times the average for their stores elsewhere in the country, according to company officials.

San Francisco and Walgreens officials have cited 'organized retail crime' - in which the thieves sell the swiped merchandise outside the stores - as a main reason for the most recent closures.

'Organized retail crime continues to be a challenge facing retailers across San Francisco, and we are not immune to that," Walgreens spokesperson Phil Caruso told the Daily Mail on Wednesday.

'Retail theft across our San Francisco stores has continued to increase in the past few months to five times our chain average.'

Viral videos taken throughout the summer have shown shoplifters brazenly sauntering out of stores with armfuls of stolen goods as witnesses watch in shock.

Shoplifting has been a problem in the Democrat-run state since 2014 - following the passage of Proposition 47, a ballot referendum known as the Safe Neighborhoods and Schools Act - that downgraded the theft of property worth less than $950 in value from a felony to a misdemeanor.

Cases have jumped during the pandemic as store staff and security guards choose not to pursue the thieves. Larceny and theft remain the most common crimes committed in San Francisco, increasing by about 8 percent from last year. There were 21,842 cases reported through October 10 of this year, compared with 20,254 cases during the same time through 2020.