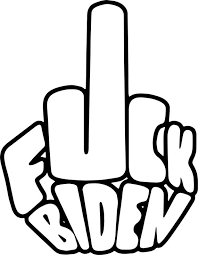 Consider the critical issue with voters today: the state of the economy.

Inflation in September stood at 5.4% year on year.

With prices of food and fuel rising, the supply chains for goods entering the country and headed for stores, shelves and showrooms before Thanksgiving and Christmas are clogged. Container ships are backed up in ports, waiting to unload on both coasts. Many of the trucks to carry the goods to inland markets sit idle for lack of drivers.

How are Democrats responding to the return of inflation?

By trying to pile a $3.5 trillion social spending package on top of a $1.2 trillion infrastructure package on top of the $1.9 trillion COVID-19 relief act Biden signed in March. Coupled with an easy-money Fed policy, this hand could play out for Biden the way it played out for former President Jimmy Carter.

A second issue that appears beyond the capacity of the Biden people to solve is the invasion from across our southern border. Nightly film of border crossers and their encounters with the Border Patrol have riveted the attention of the nation.

Lately, there has been a new feature. Sporadic small arms fire at U.S. Border Patrol agents by cartel coyotes who are enriching themselves by steering migrants from all over the world to crossing points on the Rio Grande. By year's end, some 2 million illegal immigrants will have crossed under the de facto open borders policy of the Biden administration.