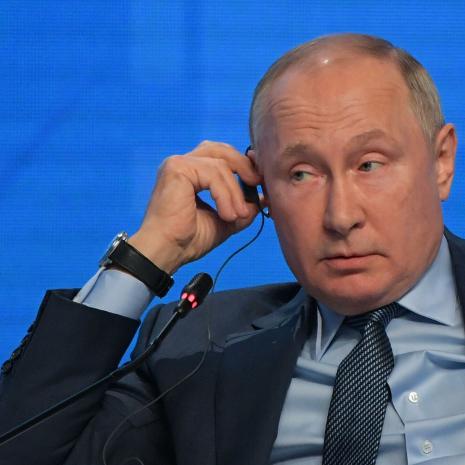 Putin earlier this week batted down as "utter nonsense" widespread accusations among Western media pundits that Europe's energy crisis is due to the Kremlin using gas as a 'geopolitical weapon'.  It now appears the European Commission is quietly agreeing with him. This as Nord Stream 2, which Washington has long battled to stop, is awaiting final approval from German regulators begore going online.

As the Economist summarized of the ongoing accusations: "Russia is responding to a view gaining currency in European capitals that Gazprom, the state-controlled energy goliath that is the continent's biggest supplier, has been stoking the continent's energy crisis by withholding exports of natural gas. European parliamentarians are demanding that Gazprom be investigated for not shipping more gas, allegedly as a ploy to secure final regulatory approval for the controversial Nord Stream 2 pipeline designed to ship Russian gas to Germany."

A somewhat exasperated Kremlin spokesman Dmitry Peskov last week noted Gazprom has fulfilled its current obligations to the maximum extent possible under existing contracts: "Nothing can be delivered beyond the contracts. How? For free? It is a matter of negotiating with Gazprom," he said.

Timmermans bluntly said the following in an interview with Bulgarian broadcaster bTV:

"Russia is fulfilling its gas supply contracts." He added that "we have no reason to believe it is putting pressure on the market or manipulating it."

The top level Europe Commission official pointed to global nature of the problem of rising gas and energy prices, saying "the demand for gas at the global level is huge, including there."