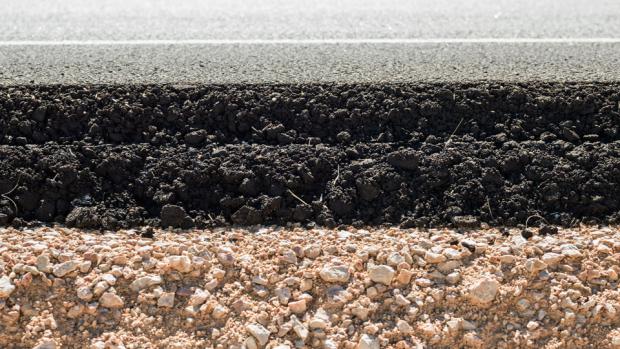 Based on titanium-dioxide, it not only reflects and scatters away sunlight and ultraviolet light, keeping the surface of sidewalks and roads cooler, but it also creates a chemical reaction when exposed to sunlight that clears away airborne pollutants.

Even considering these two qualities, the product itself, while still in development, is being marketed as a "road rejuvenator" and is meant to help asphalt retain its flexibility and prevent it from cracking over its lifespan.

Pavement Technology has been trialing their titanium dioxide spray alongside Texas A&M University, to whom they're sending samples of air quality taken alongside road core samples from asphalt treated with their spray.

Early results are promising, and the company claims a one mile-stretch of road treated with their road rejuvenator reduced levels of nitrogen oxide (NOx) by 30% to 40% in the surrounding air, or the equivalent of a 20-acre park.

Titanium dioxide is commonly found in sunscreens, as it's effective at reflecting sunlight.

Black tarmac and concrete buildings all packed closely together creates the now-infamous urban island heat effect, where the sun heats these surfaces up during the day, and they in turn radiate that heat outward towards everyone and everything, and prevent cities from cooling down in the evening.

Depending on the size, density, and climate in the city, this can raise average daily temperatures by anywhere from 4°F in a city like Adelaide to 14°F in one like Singapore. As a compliment to green spaces and green rooftops which effectively disperse heat, the two could be used in tandem to largely cancel out the urban island heat effect.