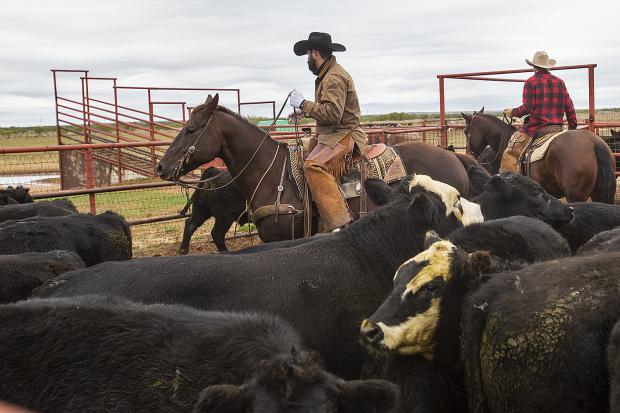 He and his neighbors blamed it on consolidation in the beef industry stretching back to the 1970s that resulted in four companies slaughtering over 80% of the nation's cattle, giving the processors more power to set prices while ranchers struggled to make a living. Federal data show that for every dollar spent on food, the share that went to ranchers and farmers dropped from 35 cents in the 1970s to 14 cents recently.

It led Kemp to launch an audacious plan: Raise more than $300 million from ranchers to build a plant themselves, putting their future in their own hands.

"We've been complaining about it for 30 years," Kemp said. "It's probably time somebody does something about it."

Crews will start work this fall building the Sustainable Beef plant on nearly 400 acres near North Platte, Nebraska, and other groups are making similar surprising moves in Iowa, Idaho and Wisconsin. The enterprises will test whether it's really possible to compete financially against an industry trend that has swept through American agriculture and that played a role in meat shortages during the coronavirus pandemic.

The move is well timed, as the U.S. Department of Agriculture is now taking a number of steps to encourage a more diverse supply in the beef industry.

Still, it's hard to overstate the challenge, going up against huge, well-financed competitors that run highly efficient plants and can sell beef at prices that smaller operators will struggle to match.

The question is whether smaller plants can pay ranchers more and still make a profit themselves. An average 1,370-pound steer is worth about $1,630, but that value must be divided between the slaughterhouse, feed lot and the rancher, who typically bears the largest expense of raising the animal for more than a year.