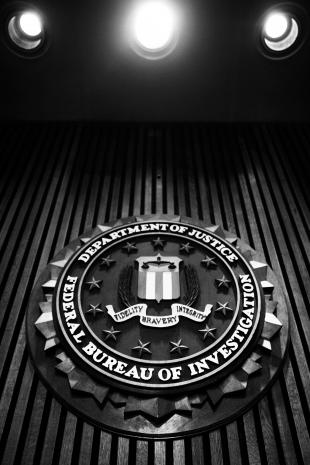 Nestled along the Scioto River, the Columbus suburb's biggest claim to fame is hosting the PGA's annual Memorial Golf tournament every summer.

But in June 2020, days after the nation was roiled by Black Lives Matter looting and rioting, a man from Wisconsin named Stephen Robeson sponsored a "National Militia Conference" at a Dublin hotel. (Yes, that was the real name of the event.)

According to BuzzFeed's exceptional July 2021 investigative report on the FBI-led plot to kidnap Michigan Governor Gretchen Whitmer in 2020, Robeson "helped organize the national meeting, and he was enthusiastically pushing people he knew to attend." The purpose of the conference was to recruit people who ultimately would stoke "political violence" against governors who refused to reopen their states after lockdowns supposedly necessitated by COVID.

Some participants said Robeson, known as "Robey," relentlessly pestered them until they agreed to show up; people came from as far as Maryland and Kansas City, BuzzFeed's Ken Bensinger and Jessica Garrison reported. One member of the Three Percenters, an alleged militia group on the FBI's naughty list, observed people taking photos from discreet locations in the hotel. "The feds are everywhere," he thought to himself.

Indeed. One of the feds was Robeson himself.

In a motion filed in July by a defense lawyer in the Whitmer kidnapping prosecution, Robeson is described as having a long record "of cooperating with the government in exchange for personal benefits. Basically, this [confidential human source] has a decades-long history of acting as a professional snitch for the government."