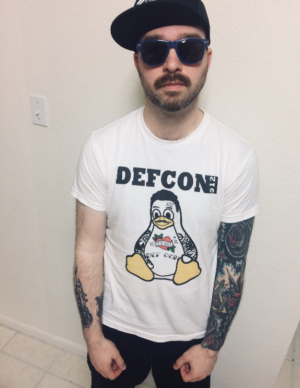 This is the story of the mastermind behind one of the largest "fake news" operations in the US.

For two years, he ran websites and Facebook groups that spread bogus stories, conspiracy theories, and propaganda. Under him was a dedicated team of writers and editors paid to produce deceptive content—from outright hoaxes to political propaganda—with the supreme goal of tipping the 2016 election to Donald Trump.

Through extensive efforts, he built a secret network of self-reinforcing sites from the ground up. He devised a strategy that got prominent personalities—including Trump—to retweet misleading claims to their followers. And he fooled unwary American citizens, including the hacker's own father, into regarding fake news sources more highly than the mainstream media.

Pundits and governments just might have given Russia too much credit, he says, when a whole system of manipulating people's perception and psychology was engineered and operated from within the US.

"Russia played such a minor role that they weren't even a blip on the radar," the hacker told me recently. "This was normal for politicians, though… if you say a lie enough times, everyone will believe it."

Previously dubbed "Hacker X," he's now ready to reveal who he is—and how he did it.

"Err… Bill Gates Does WHAT Now?!" This Is A BIG PROBLEM

Right On Cue: They're Trying To Spark Mass Panic!