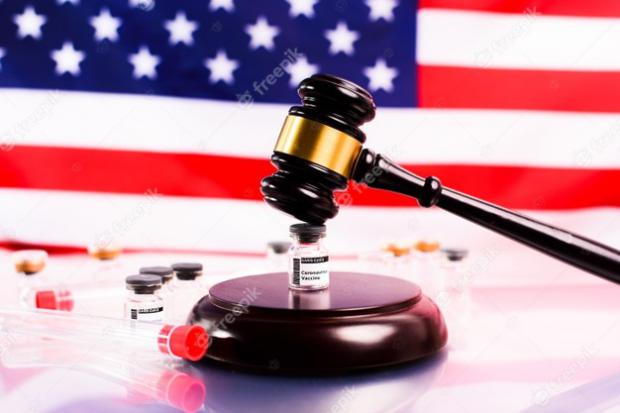 In early September, Evan Schein, an attorney acting on behalf of the mother in the couple's divorce case (the family has not been named), raised concerns about the father's vaccination status, leading high profile judge Judge Matthew Cooper to suspend his visitation rights until he received the jab.

According to Cooper, the father needs to submit to the shot because it has become a prerequisite "to participate meaningfully in everyday society."

"The dangers of voluntarily remaining unvaccinated during access with a child while the COVID-19 virus remains a threat to children's health and safety cannot be understated," said the judge.

"Unfortunately, and to my mind, incomprehensibly, a sizable minority, seizing upon misinformation, conspiracy theories, and muddled notions of 'individual liberty,' have refused all entreaties to be vaccinated," he added.

The father's only other option is to pay for expensive PCR tests every week in addition to taking a biweekly antigen test within 24 hours of his every other weekend visits.

The ruling was praised by the mother's attorney, who called it "an incredibly important one that highlights the extraordinary times we are living in and reinforces that a child's best interests are paramount."

However, Lloyd Rosen, the father's attorney, warned that the ruling sets a terrible precedent.

"My client is not a conspiracy theorist," Rosen said.

"He has concerns about the vaccine. He's heard about side effects. He once had a bad reaction to a flu vaccine."

"This judge must feel that 80 million Americans who aren't vaccinated are placing their children at imminent risk or harm and, therefore, the courts should intervene and remove those children from their parents," he added.