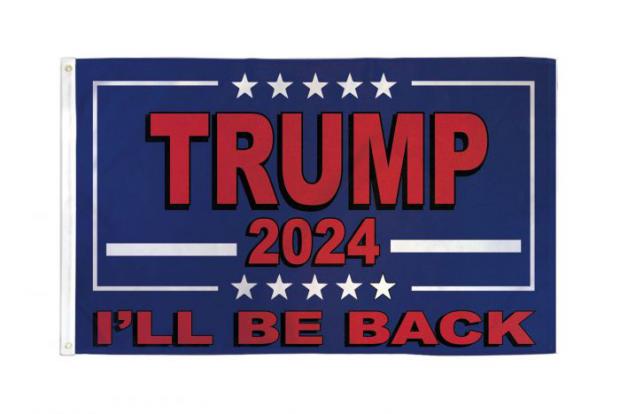 As the Las Vegas Review-Journal notes, Trump surpassed Joe Biden last week - with Smarkets giving the former US president a 20% chance (4-1 odds) of winning in 2024 vs. Biden's odds of winning at 19% and VP Kamala Harris' odds at 13%.

"It's a pretty staggering development to find a defeated one-term president taking over as favorite from the incumbent who beat him, but we know by now that Donald Trump is no ordinary politician," said Smarkets head of political markets, Matthew Shaddick. "It's early days, but the latest market signals suggest there is every chance we could be heading for a Biden vs. Trump rematch in 2024 with Trump currently having a very slight edge, according to the betting."

Trump's odds of becoming the 2024 GOP nominee stand at 45%, according to Smarkets.

"Trump's odds have been improving all year and in particular since Biden's poll ratings began declining this summer," said Shaddick, adding "There is absolutely no sign of Republican voters deserting him, and he leads every primary poll by a distance.

"Many forecasters had predicted that health or legal issues might stop Trump from re-election, but the latest Smarkets prices imply that there is a two-in-three chance he'll run for the White House again in three years' time."

At London's Betfair, however, Biden is favored over Trump (4-1) while Harris stands at 5-1.