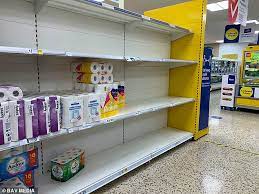 Part of their discussion was prompted by White House Chief of Staff Ron Klain re-tweeting a Tweet from days prior saying that rising prices and inflation were "high class problems".

"Most of the economic problems we're facing (inflation, supply chains, etc.) are high class problems," Jason Furman wrote on October 13th. Klain re-tweeted his tweet with two fingers pointing down at the original tweet and simply said: "This".

When Psaki took to Tapper's show on CNN to try and defend the White House Chief of Staff's response, she tried to make the case that rising prices were good because it meant more people were buying things. And, like everyone else in the world, she blamed Covid.