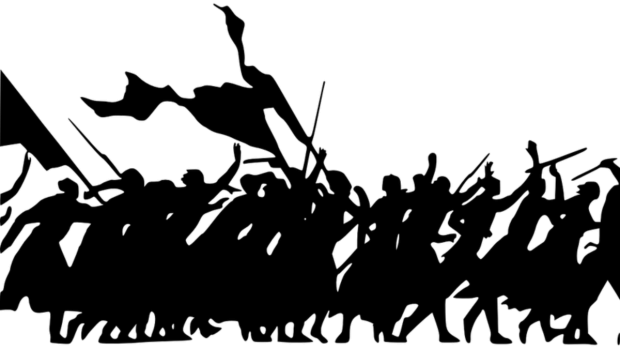 They are often rare and can be appropriate responses to improper behavior by the state, but make no mistake, revolutions are not "popular."

Revolutions do not just occur anytime a state behaves in a tyrannical or authoritarian way towards its populace. If this was the case, revolts would be happening essentially every day. Plenty of authoritarian regimes exist today and continually exploit and oppress their people with policies that can only be described as tyrannical.

To use a modern example, let's look at the Philippines and the Duterte regime. The government has launched a "War on Drugs" that outshines the United States in its brutality and expansion of state power that includes death squads who execute those in violation of drug laws and the falsification of evidence. Yet no violent revolution on the part of the people has happened against the regime. Rodrigo Duerete has continued to receive popular support with an astounding 91% approval rating, something most western liberal democratic leaders can only dream of.

How is it that authoritarian leaders remain so popular despite their draconian policies? Why would the people continue to obey such a regime? It is not as if they see the desired ends that the leaders promise. In the case of Duerete, the enforcement measures have failed and seen a decrease in rehabilitation and insignificant decreases in drug usages.

The reason that such a regime stays in power is indicative of the problem of revolution and the lack of a deciding factor in whether one is successful or happens at all. Foreign powers create revolutions through the funding, arming, and/or direct military support of anti-government forces.