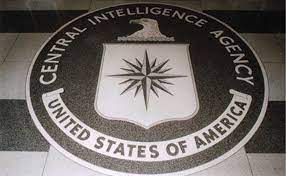 With unwavering allegiance to the Pentagon, the Central Intelligence Agency, and the National Security Agency, all too many Americans have sacrificed their sense of right and wrong at the altar of "national security," the two-word term that has become the most important term in the political lexicon of the American people.

The best example of this phenomenon is the CIA's power of assassination. Most Americans have come to passively accept this power, with nary a thought as to the victims against whom it is carried out and under what what circumstances it is carried out.

Consider recent revelations that the CIA was planning to assassinate Julian Assange, the head of WikiLeaks, for disclosing dark-side secrets of the US deep state to to the world.

That's why US officials have pursued him with a vengeance—not because he lied about the Pentagon's and the CIA's dark-side activities but rather because he disclosed the truth about them.

That's why they were seeking to murder him—to silence him, to punish him, and to send a message to other potential disclosers of dark-side secrets of the national security establishment.

But anyone with a conscience that is operating would easily see that assassinating Assange would be just plain murder. And at the risk of belaboring the obvious, the murder of an innocent person is just plain evil.

CIA 'Reminds You of the Glory of the American Experiment'