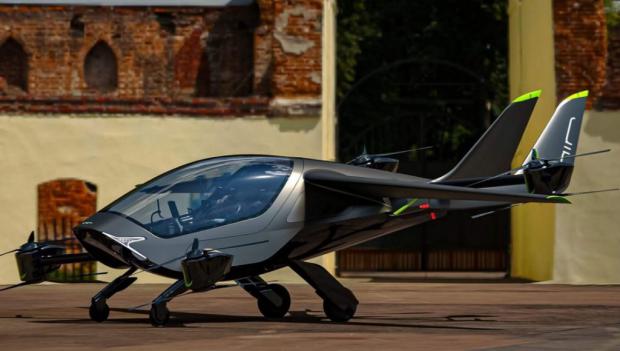 A startup from Israel has unveiled its first 'easy-to-operate' two seater flying car, that it hopes will be used to shuttle passengers through city skies as early as 2024.

The all electric vertical takeoff and landing (eVTOL) aircraft will primarily be sold in the US, where the Federal Aviation Authority (FAA) has worked with developers AIR for two years on preparing licensing and regulations to make it legal and safe.

AIR executives say they hope to have approval by the end of 2023 for their AIR ONE vehicle, that is expected to cost 'about the same as a high end road car'.

Very few details about price and availability have been released for the vehicle, which has two seats and can travel up to 110 miles on a single charge.

It will be sold to consumers who will be able to use its 'fly by intent' software, that will allow them to operate it in the air without being trained, or licensed pilots.

AIR raised just under $10 million last year in seed funding, and has been using the funding to run a series of test flights without a pilot or passenger onboard.

The firm has also been building a series of full-size prototypes, required as part of the regulatory process, for rapid testing and changes ahead of approval to fly.

CEO Rani Plaut says their focus is 'purely personal,' unlike over small flying vehicle manufacturers, such as Hyundai and Joby Aviation, which are focused on flying taxis.

An increasing number of investors and aviation companies have piled into the hot but yet-to-be-approved urban air mobility space.

The Utter Orwellian Stupidity Of Masks On Airplanes