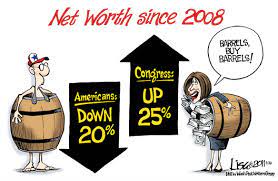 Doug Casey: The term insider trading is nebulous and as open to arbitrary interpretation as the Internal Revenue Code. A brief definition is to trade on material, non-public information. That sounds simple enough, but in its broadest sense, it means you are a potential criminal for attempting to profit from researching a company beyond its public statements.

Is the use of insider information ethical? The government says, "No!" I say, "Absolutely, whenever the data is honestly gained, and no confidence is betrayed by disclosing or using it." The whole concept of inside information is a floating abstraction, a witch hunter's dream, and a bonanza for government lawyers looking to take scalps.

When the SEC prosecutes someone, it can cost millions of dollars in legal fees to defend against them. And as with most regulatory law, concepts of ethics, justice, and property rights never even enter the equation. Instead, it's a question of arbitrary legalities.