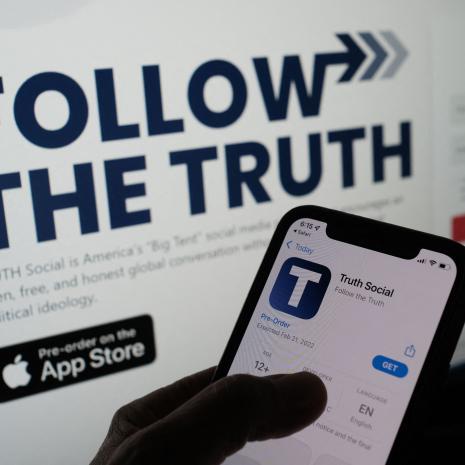 How long before Senator Warren demands this be removed from the exchange and that SPACs be immediately banned?

President Trump is taking advantage of the waning SPAC craze to finally launch the media company that he and members of his circle have been hinting about and teasing since his time in the Oval Office. But fortunately for Fox News, it's not a TV station: it's a social media platform called "TRUTH social".

The platform will be owned by Trump Media & Technology Group, a new company which will soon hit the public markets via a merger with the special purpose acquisition company Digital World Acquisition Corp. (ticker: DWAC). The statement announcing the deal said the company could be worth up to $1.7 billion.

The firm was embroiled in a bogus-deposit scandal in the mid-'80s that precipitated its eventual sale.