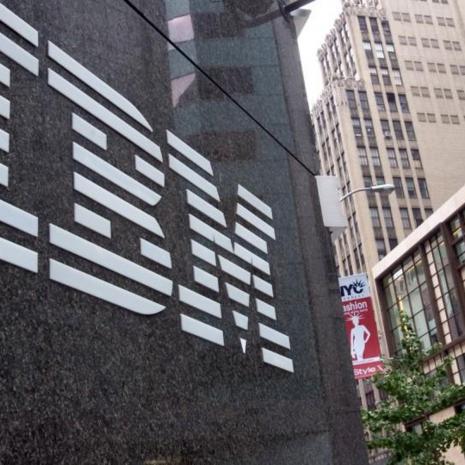 Moments ago IBM, which had seen its stock run up in the past month into earnings, seemingly forgetting that the company is the biggest melting ice cube of all, reported EPS of $2.52, a number that as usual, has been exquisitely goalseeked to just beat expectations, which this quarter were $2.50.

So far so good, but as usual, looking just one layer deeper reveals the ugly truth, because while the company's massively adjusted, and "one-time charged" EPS was a solid $2.52, or down just a modest 2% Y/Y, the GAAP EPS was down a whopping 34% to a number that was 50% lower than the adjusted one, or $1.25!

But while IBM can fudge its EPS with impunity and without any pushback from the analyst community, or its own shareholders, doing the same with revenues is impossible and here there was more pain with the company missing on the top line again, reporting just $17.618BN in revenue which missed consensus estimates of $17.77BN...

... yet was masterfully just barely higher compared to a year ago, rising by a meager 0.3% from Q3 2020, avoiding a return to the shameful period of over two years when the company failed to post a single revenue increase.

What's even worse is that after a few quarters of strength, IBM's flagship "cloud and cognitive software" segment once again misfired, and missed consensus estimates. In fact, 4 of the 5 revenue segments missed!

And the kicker: gross margin also missed, printing at 48%, down from 49% a year ago, and below the 49.6% consensus estimate.