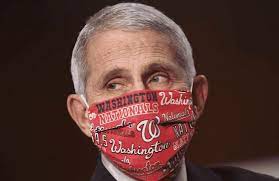 Writers are recognizing that the "blame game" points fingers away from the real perpetrators. Technocrats have triggered the base and dark instincts of would-be tyrants to completely disrupt the world's economic system, thus playing into the so-called "Great Reset" to "Build Back Better". ? TN Editor

It's an odd dynamic – One would think that if the covid vaccines were a generally benevolent program that actually "followed the science" then there would be no need to pile drive the public with an endless barrage of vax propaganda. After all, if science and morality are on the side of the covid cult then the rest would naturally take care of itself and the overwhelming majority of Americans would have already voluntarily taken the experimental mRNA cocktail without any threats required. And, if some people still refused, then the science would dictate that it doesn't matter, because if the vax actually works then those people present no threat whatsoever to the rest of society.

It is highly revealing that this is not the case, and the more resistance the establishment encounters on mandates the more aggressive they become and the more they lie about the facts and evidence.

They claimed that the vaccination programs were a success with between 70% to almost 80% of the public taking the double jab, and that was a lie as state numbers continue to contradict federal and CDC numbers.