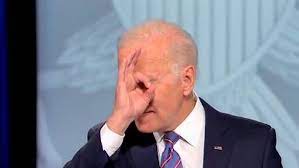 While Congressional Democrats spar over the ultimate size of President Biden's "Build Back Better" economic plan, Bloomberg astutely points out that Americans have no clue what they're signing up for with their tax dollars. In fact, according to a CBS News poll published Oct. 10, just 10% of Americans say they know the specifics of the bill, while only 1/3 think it would benefit them directly.

What's more, "Not even Congress knows what the bill would accomplish, with the contents of the plan changing day-by-day as Democrats squabble over how much it should spend, who it should benefit and who should pay for it."

For example, on Tuesday, the White House suggested it would jettison free community college. The next day, Democrats were focused on proposed tax hikes after moderate Sen. Kyrsten Sinema (D-AZ) put her foot down over corporate and personal tax rates.

In an attempt to provide some clarity (don't hold your breath), Biden on Thursday night held a CNN town hall-style event (on the same night as Dune's US release).

How to Breed the Ultimate Pig | The Old Line Duroc