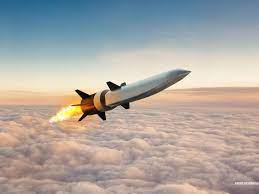 By the late the fifth century BC, after decades of war with its chief rival Sparta, the ancient Greek city-state of Athens was desperate for peace.

They wanted a decisive victory to end the war once and for all. So the citizens gathered together in their public assembly– essentially a democratic mob of 6,000 people– and voted to build a new, costly fleet of ships.

The strategy worked. And their new armada vanquished the Spartan navy in the Battle of the Arginusae Islands in 406 BC.

Sparta was on the ropes, and the Assembly cheered when news of their fleet's victory reached Athens.

But then the Assembly found out that 25 of the 150 ships had been sunk by the Spartans, and that the Athenian crews of those 25 sunken ships had drowned in a storm.

The Assembly suddenly became furious, crying that the souls of those drowned sailors would wander purgatory for all of eternity because they didn't have a proper burial.

So then the Athenian mob voted to execute eight of their top military commanders; the very same generals and admirals who had just won the battle and been called heroes, were now being put to death.

Socrates was one of the lone voices of dissent; yet the death sentences were still carried out despite his protest.

Then, only a few days later, the Athenian Assembly had a change of heart. The mob realized that they shouldn't have executed their military commanders, so they then voted to execute the people within the Assembly who had proposed the executions to begin with.

During this insane dumpster fire of ancient democracy, Spartan leaders approached Athens with a peace deal, offering to end the war once and for all.

This was the entire reason that Athens had built a new fleet. They just wanted peace.

But they were so distracted by infighting and arguing about who to execute next, and who to blame, that the Assembly rejected Sparta's peace offering.

Yet Athens' military was now led by inexperienced admirals and generals, since they had just executed their best commanders. And Sparta quickly seized the advantage.

Within a few months the Spartan navy was ravaging Athenian territory, and soon laying siege to Athens itself. The war finally ended in 404 BC with Athens losing all sovereignty and falling under complete control of the Spartan Empire.

As the old saying goes, history doesn't necessarily repeat. But it certainly rhymes. And I was thinking about this particular episode recently when it was reported earlier this week that China has just successfully tested its first nuclear-capable hypersonic missile.

In case you don't geek out on military strategy like I do, suffice it to say that this is a huge deal, not just for the United States, but for the entire world.

For the past several decades, the United States has boasted the strongest, most technologically advanced military in the world.

And it would be foolish to think that this military strength hasn't substantially contributed to America's geopolitical and economic power.

The United States Marine Corps is essentially the biggest derivatives contract in the world. It's the US government's ultimate hedge, enabling it wage trade wars, sanction foreign banks, and bully anyone it wants into following US regulations.

The US military is even part of the reason why the dollar is still the world's reserve currency, despite the US government being the largest debtor that has ever existed in the history of the world.