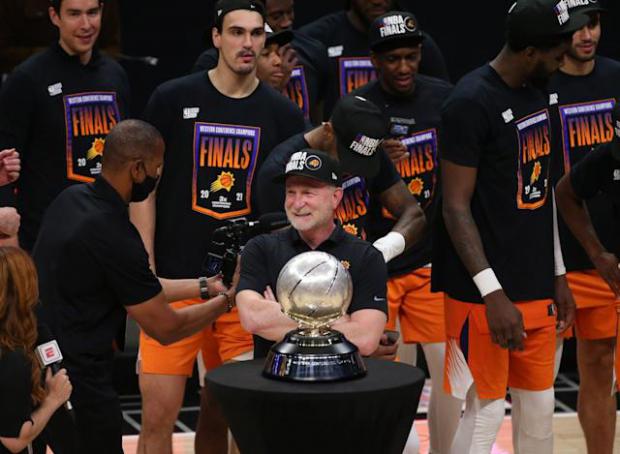 ROBERT Sarver, owner of the Phoenix Suns, is being accused of racism, sexism and sexual harassment in a series of incidents, according to reports.

In the tweet, Schultz stated that NBA is preparing itself for a "massive story."

Schultz also said that "with enough evidence to support such claims, there's a real chance the league would forcibly remove Sarver."

It's unclear at this time exactly what the claims stem from.

Sarver issued a statement on Friday night denying any wrongdoing.

"I am wholly shocked by some of the allegations purported by ESPN about me, personally, or about the Phoenix Suns or Mercury organizations," the statement says.

Athletes Who Had COVID Will Be Considered 'Fully Vaccinated,' NCAA Says in New Guidelines

"P*ss Off The Unvaccinated"? What The HELL Is Going On?!!

Who is Afraid of Novak Djokovic?