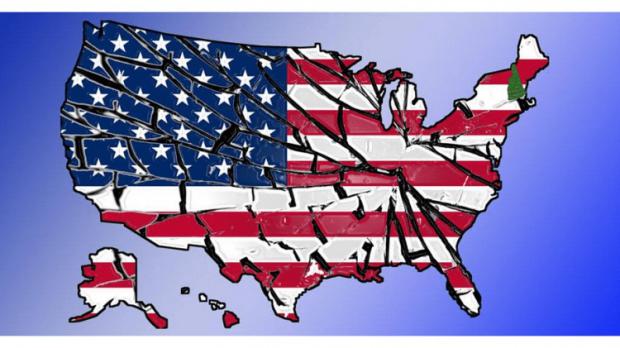 Both participants are authors and members of the broader NH liberty movement. The debate will take place at 7 PM at the SHELL, a libertarian event center in Rollinsford, NH. Doors open at 6:40 PM. The Live Free & Debate Series at the SHELL was created as a satellite to the original SoHo debate forum in conjunction with Gene Epstein himself.

Alu is one of the loudest pro-independence voices in the united states, and this will be his first formal debate. He started libertyblock.com in 2017 as a radio host on 1490 WGCH in southwest Connecticut. He moved to New Hampshire in late 2017 and began to shift the site's focus to the live free or die state. Today, the site is the #2 most visited website based in New Hampshire, and he has reached millions of readers and listeners with his articles, videos, and podcasts since 2017. His current roles include owner, director, and editor-in-chief of The Liberty Block. His work has been featured on OANN, Tim Pool, Karlyn Borysenko, and many other shows.

Alu has published 3 books, all of which relate to secession, and he is working on a fourth book involving secession. His hundreds of articles include dozens relating to secession. Alu is a critical care/flight certified paramedic, FTO, adjunct EMS instructor, and has worked in EMS since 2011. Alu identifies as a voluntaryist.

Zachary Hampl is a minarchist libertarian who was involved with Young Americans For Liberty in Vermont before moving to NH. This is his first debate.

The debate will take place at the Lower Mill Room B10, Three Front Street Rollinsford, NH 03869. Attendance is free.

We will post the video of the debate here after it is uploaded.