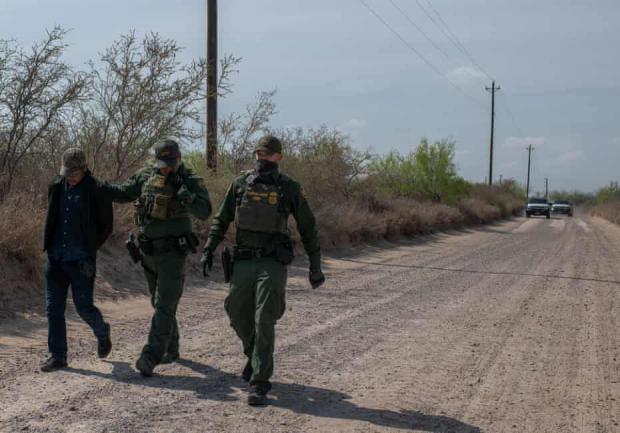 Earlier this fall, Texas Gov. Greg Abbott, frustrated and angry at the Biden regime's purposeful inaction on securing the border, stepped up and issued a threat: He will use his authority and empower his own personnel to start arresting illegal aliens in the absence of federal enforcement.

"By virtue of the power and authority vested in me by the Constitution and laws of the State of Texas, I hereby order that the Texas National Guard assist DPS in enforcing Texas law by arresting lawbreakers at the border," Abbott's letter to  Texas Adjutant General Major Gen. Tracy Norris said in July, when he first issued the order.

USA Features News, which reported on the declaration at the time, added:

Last month, Abbott said during a summit to discuss border security that any migrants who criminally trespass into Texas or commit other offenses would be subject to arrest and jailed.

In addition, the GOP governor announced plans to build new sections of border wall so as to plug gaps left when President Joe Biden canceled federal wall construction begun under the Trump administration.

In arguing as to why National Guard members should be empowered to make arrests, Abbott noted in his letter that "more manpower is needed" to deal with the hundreds of thousands of migrants who have been crashing the Tex-Mex border since Joe Biden took the oath of office for a presidency that was stolen on his behalf.