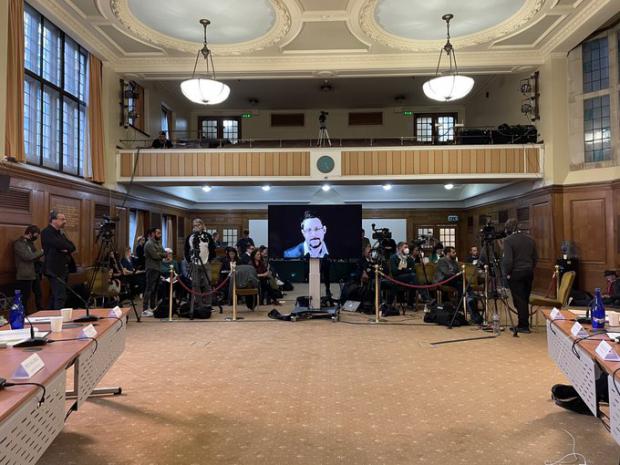 WikiLeaks publisher Julian Assange is a political prisoner and the process against him is a crime against journalism, said a group of academics, politicians, journalists and advocates convened ahead of his extradition hearing.

"What we're witnessing is a murder," NSA whistleblower Edward Snowden told the 'Belmarsh Tribunal' in London on Friday, appearing via video link.

"Everywhere we look, from Afghanistan to economics, from pandemic to pervasive surveillance, the obvious has been made unspeakable," he added, because speaking up would put one in the same category as Assange, a "political criminal" charged for "the transgression of choosing the wrong side."

"Do we have any rights, if we don't defend them?" Snowden said. "Can we be said to be free if even our power to express ourselves, to understand the facts of our world, can be fenced off from us?"