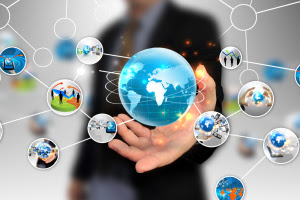 You don't have to go out on a limb to suggest that the "online revolution" that has taken place in the 21st century is at least as dramatic (if not more so) than the Gutenberg printing press revolution itself.

But those of us who have been pondering the nature of this online revolution might be premature in making any final pronouncements on its ultimate significance. As it turns out, the real revolution might still be in the works . . . and this revolution threatens to alter society so drastically that it could transform humanity itself.

If you've got your eyes peeled for such things, you'll have already noticed the PR propaganda roll-out pimping this coming transformation.

Case in point: Facebook's name change. In case you hadn't heard, as of next week, Facebook will no longer be known as Facebook. At least, that's what The Verge is reporting, telling us that "Facebook is planning to change its company name next week to reflect its focus on building the metaverse, according to a source with direct knowledge of the matter."

So what is the "metaverse?" And what does the hype surrounding this next digital revolution tell us about the kind of world that's coming into view?

CNN Loses NINETY PERCENT Of Their Viewers, The Narrative Is Collapsing