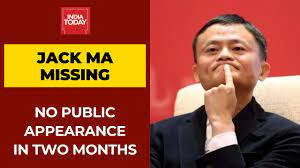 It has been exactly a year since Chinese businessman Jack Ma publicly criticised his communist government and since then he's lost hundreds of billions of dollars of his vast fortune.

Over the last 12 months, his business, Alibaba — pegged as China's version of eBay, Amazon and PayPal all rolled into one — has lost around US$373 billion (A$497 billion).

According to Bloomberg, Alibaba's fall from grace is the single biggest financial loss a business has ever endured.

On October 24 last year, Mr Ma made a now-infamous speech at a business summit where he went viral for condemning the Chinese Communist Party (CCP).

"We shouldn't use the way to manage a train station to regulate an airport," Mr Ma said at the time. "We cannot regulate the future with yesterday's means."

His remarks came hot on the heels of a government announcement over plans to increase regulation into its financial sectors, and was perceived as a criticism.

The CCP's wrath was swift and unforgiving. Mr Ma disappeared for months and Alibaba lost almost half its value in the space of a year.