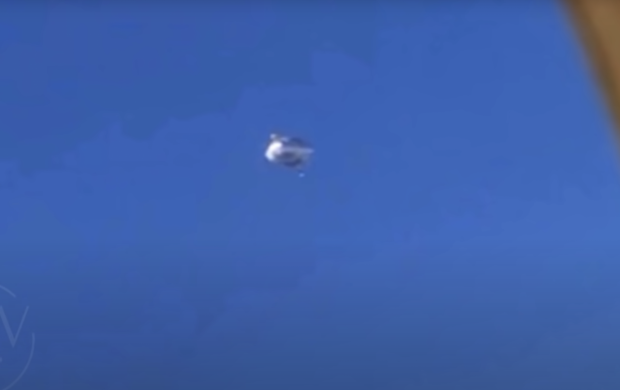 A video exclusively obtained by DailyMail.com shows a pulsating orb caught on camera by FedEx pilots flying over Mexico – which experts say could be a UFO with a plasma forcefield that may help it fly or deflect radar.

On March 19, 2020 two FedEx pilots were flying a cargo airplane near Monterrey, Mexico, when they saw a bright light drop down from the sky, stop at their altitude, shoot them with a beam of light, then move in tandem with the plane for over 30 minutes before flying away.

The captain shot a stunning video of the encounter, which was analyzed in a report by the National Aviation Reporting Center on Anomalous Phenomena (NARCAP), a nonprofit organization that studies pilots' brushes with UFOs to help develop safety procedures.

The report did not name the pilots, as many in the aviation industry are still wary of the stigma around UFOs despite official acknowledgement of the phenomena by the U.S. and other governments.

But NARCAP executive director Ted Roe, the author of the report, told DailyMail.com that the pilots' account was 'very consistent with what pilots have been reporting for over 100 years.'

The captain of the Boeing 767 cargo plane is 'a career pilot with 19 years of experience flying wide-body aircraft for a major cargo company with an additional 10yrs flying KC-135 refueling tankers for the US Air Force,' according to the report, while the first officer was a 'career fighter pilot that flew f-15s before working in the private sector.'

They were described as 'competent airmen, highly experienced with observing and identifying aircraft, and are capable of determining normal observations and incidents from unusual ones.'