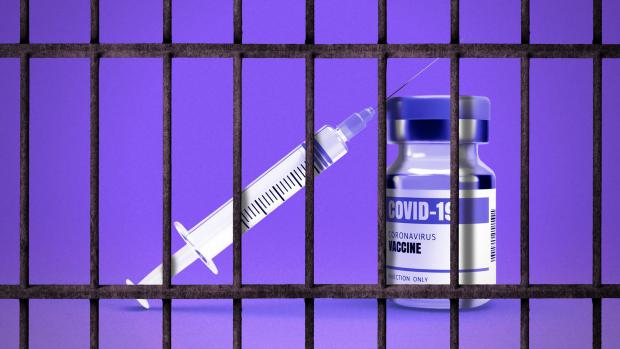 The governor of Alaska and a US Senator from Indiana have joined the chorus of red state officials offering to bring in cops who have quit working in states mandating COVID-19 vaccinations.

The announcements by the elected officials come after Florida Governor Ron DeSantis offered a $5,000 bonus to any police officer who heads to the Sunshine State.

Alaska Governor Mike Dunleavy announced on Twitter that his state would be happy to take any officers from cities like New York, Chicago and Seattle where cops are feuding with mandates by mayors demanding municipal workers get vaccinated or face getting fired.

'Across the country, members of law enforcement are being targeted & even fired for refusing to either get vaccinated or disclose if they have been,' he wrote. 'Alaska's law enforcement community invites you to consider the 49th state where we back the blue.'

Meanwhile, Senator Mike Braun of Indiana said he was in touch with both holdout officers and police departments in neighboring Illinois about relocating to the Hoosier State.

'My office stands ready to help connect Chicago police officers to an Indiana police department that is hiring now and doesn't have a vaccine mandate,' he wrote. 'Welcome to Indiana!'

Spokespersons for both Governor Dunleavy and Indiana Governor Eric Holcomb have yet to respond to requests for comment.

'We're actually actively working to recruit out-of-state law enforcement, because we do have needs in our police and our sheriff's departments,' the governor told Fox News on Sunday.