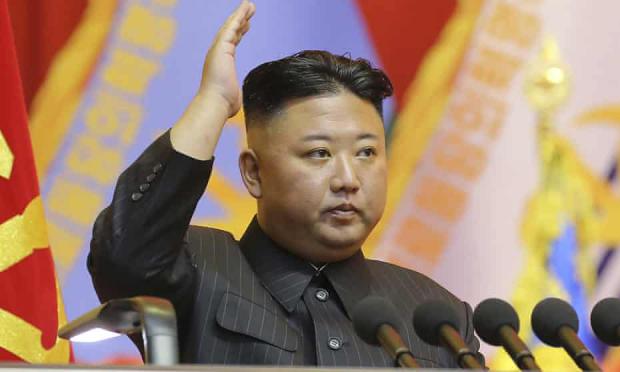 North Korea has warned its citizens that they must expect to eat less food until the country re-opens its border with China in 2025.

Food shortages are already affecting North Koreans, but citizens were told to tighten their belts for at least another three years by officials, according to RFA.

However, people have already complained that shortages would make it difficult to see themselves through the winter, let alone multiple years.

North Korea closed its border with China in January 2020 as a precautionary measure against the spread of coronavirus.

But the move had a serious impact on the nation's economy - with prices of everyday goods rising sharply as demand outstripped supply.

Speaking about the new government guidance, a resident of the city Sinuiju, who wished to remain anonymous, said that people have been warned that the chances of re-opening the border with China before 2025 were slim.

They added: 'The food situation right now is already clearly an emergency, and the people are struggling with shortages. When the authorities tell them that they need to conserve and consume less food until 2025… they can do nothing but feel great despair.'

Despite the current hardships the North Korean people are facing, their leader Kim Jong Un has been continuing to push the idea of self-reliance this year.

This message was further encouraged in July when then Central Committee instructed the public to begin growing their own crops in anticipation of shortages.

However, with the UN's Food and Agriculture Organization estimating that North Korea is short around 860,000 tons of food this year, the Sinuiju resident said that contempt is growing among the people.