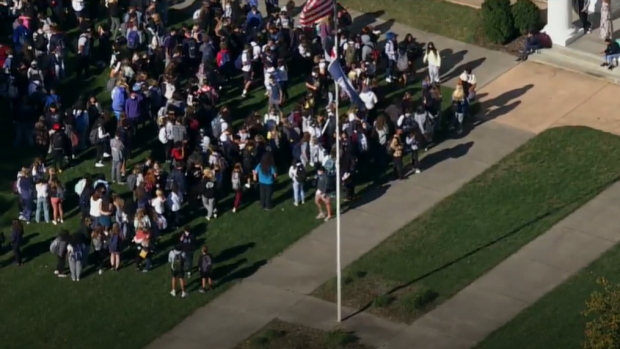 Parents and students alike are taking a stand against a Virginia superintendent and school board that was accused of lying to cover up two alleged sexual assaults in order to push their pro-transgender policies.

Hundreds of residents gathered Tuesday at a Loudoun County Public Schools (LCPS) board meeting. Approximately 120 people signed up to speak at the demonstration - including a group of proclaimed radical feminists and Democrats - and fight for gender specific spaces.

Others protested outside, with many toting placards proclaiming themselves Democrats, leftists and feminists outraged by the board's antics.

'We really want to see the school board rescind the policy, there is absolutely no justifiable reason to have a policy that allows boys into women's bathrooms,' Democrat Kara Dansky said, according to The Federalist.

'It's just not acceptable, it's anti-feminist, it's misogynistic, it's politically regressive. All of the women standing behind me and near me are radical feminists, most of us are Democrats. We are here because we are on the political left and we stand in support of female-only spaces.'

Enraged parents cited an email that surfaced last week where Superintendent Scott Ziegler reported an alleged sexual assault in the girls' bathroom. The email, which was sent on May 28, 2021, contradicted a statement Ziegler made the month before when he publicly said that he had no record of bathroom assaults.