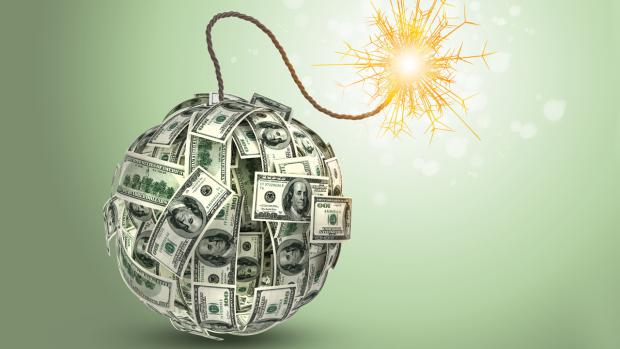 Responding to comments, Jack tweeted "It will happen in the US soon, and so the world."

It's pretty clear that inflation will run hotter longer than the mainstream anticipated just a few months ago. The CPI came in higher than expected yet again in September. Year on year, the CPI was 5.4% last month. It was the fifth consecutive month that year over year inflation came in above 5%. And the rate rises to 6.5% if we project the inflation levels of the first 9 months of 2021 to the entire calendar year. This is based on government numbers. Keep in mind the methodology to derive CPI was deliberately designed to understate the true increase in the cost of living.

Even Federal Reserve Chairman Jerome Powell has been forced to admit that inflation isn't looking so transitory. On the same day that Dorsey warned of hyperinflation, Powell conceded that inflation pressures "are likely to last longer than previously expected," and projected that they could run "well into next year."

Nevertheless, the mainstream by and large poo-pooed Dorsey's warning.

Technically, hyperinflation means price increases of 50% per month. Stagflation — a combination of rising prices and low economic growth — already appears to be rearing its ugly head. But could we really see hyperinflation in the US?

Given the Federal Reserve's monetary policy, it's not out of the realm of possibility. Despite some fretting about rising prices and some taper talk, the Federal Reserve continues to run the same extraordinary quantitative easing program it launched at the onset of the coronavirus pandemic. Interest rates are locked at zero and there is no hint the Fed will raise them any time soon. While money supply growth has slowed, it continues to expand at an alarmingly high rate. M2 grew at the fastest rate since February last month. With inflation already hot, continuing this kind of loose monetary policy is a recipe for hyperinflation.

Hyperinflation is going to change everything. It's happening.