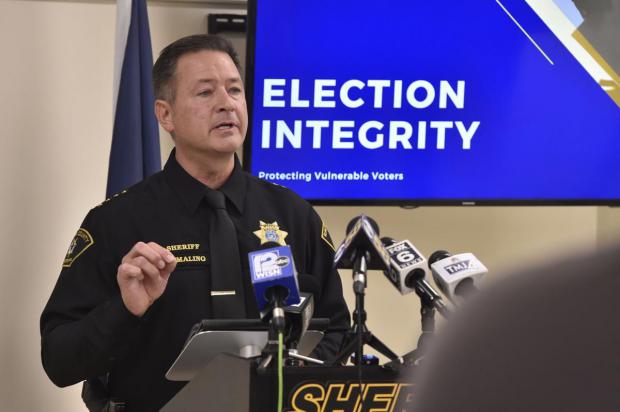 Did they really think they would get away with it?

Did they really think no one was watching?

Did they really think no traps had been set?

The Racine County Sheriff was watching, and investigating….for over a year we just learned!

Today the Racine County Sheriff held a press conference to announce that not only did they conduct a year-long, covert investigation, but they found MASSIVE voter fraud.

"ELECTION LAW WAS NOT JUST BROKEN BUT SHATTERED!"

The story is just breaking wide open right now and it looks HUGE!

And I should note that this once again validated Mike Lindell.

Just yesterday, we reported that Mike Lindell had uncovered and was alleging that 23,000 votes in Wisconsin all came from ONE address.

The Mike Lindell haters scoffed…said he was off his rocker.

He looks like he may have been more right than he even knew….and he has the Racine County Sheriff backing him up!