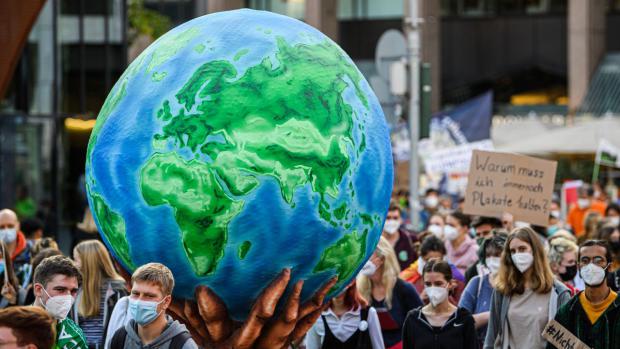 Led by E.U. and AUKUS dreamers, they destroy reliable energy from coal, oil, nuclear, gas, and hydro while forcing us to subsidize net-negative dreams like solar, wind, wave-power, CCUS, hot rocks, pumped hydro, and hydrogen.  All such speculative ventures should be funded by speculators, not taxpayers.

COP-Out-26 illustrates to the realists of China, Russia, India, and Brazil that the West has lost its marbles and is in terminal decline.  For Scott Morrison to surrender Australia to these green wolves betrays an army of miners, farmers, truckies, and workers in primary, secondary, and tertiary industries that support him and his Canberra pack.

The fakery of COP-Out-26 is well illustrated by the provision of diesel generators to recharge the batteries of 26 electric cars provided for show in Glasgow.  But that's OK "because the diesels are run on recycled chip fat."  Horses and covered wagons would be more reliable and appropriate, and dried horse manure could cook their fake meat on their green, chip-fired barbeques.

But the subsidy tap feeding green energy development in the Western world will run dry.  Fake energy will fade away, leaving a continent of jobless people with silent mills, refineries, and factories.  Our land will be littered with derelict windmills, decaying solar panels, dead batteries, and sagging transmission lines to be cleaned up in order to restore our land to productive grasslands, crops, and forests.  Those huge concrete bases of abandoned wind towers will become permanent obstacles to restoration of this land.

Next we will see digital carbon credit cards designed by green academics to ration our energy and food usage to achieve their Net-Zero Nirvana.