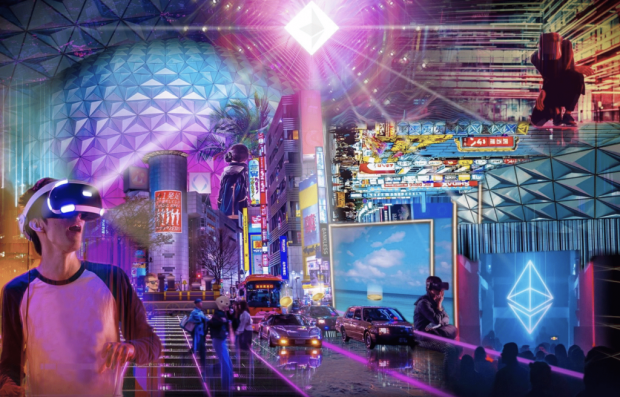 Oculus consulting CTO John Carmack has been bullish on the idea of "the metaverse" for a long time, as he'll be among the first to point out. But the id Software co-founder spent a good chunk of his wide-ranging Connect keynote Thursday sounding pretty skeptical of plans by the newly rebranded Meta (formerly Facebook) to actually build that metaverse.

"I really do care about [the metaverse], and I buy into the vision," Carmack said, before quickly adding, "I have been pretty actively arguing against every single metaverse effort that we have tried to spin up internally in the company from even pre-acquisition times." The reason for that seeming contradiction is a somewhat ironic one, as Carmack puts it: "I have pretty good reasons to believe that setting out to build the metaverse is not actually the best way to wind up with the metaverse."

Today, Carmack said, "The most obvious path to the metaverse is that you have one single universal app, something like Roblox." That said, Carmack added, "I doubt a single application will get to that level of taking over everything." That's because a single bad decision by the creators of that walled-garden metaverse can cut off too many possibilities for users and makers. "I just don't believe that one player—one company—winds up making all the right decisions for this," he said.

The idea of the metaverse, Carmack says, can be "a honeypot trap for 'architecture astronauts.'" Those are the programmers and designers who "want to only look at things from the very highest levels," he said, while skipping the "nuts and bolts details" of how these things actually work.

These so-called architecture astronauts, Carmack said, "want to talk in high abstract terms about how we'll have generic objects that can contain other objects that can have references to these and entitlements to that, and we can pass control from one to the other." That kind of high-level hand-waving makes Carmack "just want to tear [his] hair out... because that's just so not the things that are actually important when you're building something."