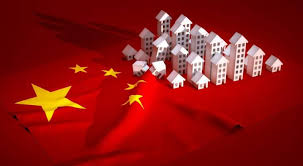 Heavily regulated economies from Iceland to Spain have failed to contain the negative impact of a real estate sector collapse. It will not be different in China.

The massive size of the sector,

its excessive leverage, and

the amount of developer debt in the hands of average households and retail investors.

According to The Guardian, "China's real estate market has been called the most important sector in the world economy. Valued at about $55tn, it is now twice the size of its US equivalent, and four times larger than China's GDP".

Considering construction and other real estate services, the sector accounts for more than 25% of China's GDP. Just to consider other previous examples of property bubbles, the average size of the sector was somewhere between 15 to 20% of a country's GDP. And none of those economies managed the excess of the property sector.