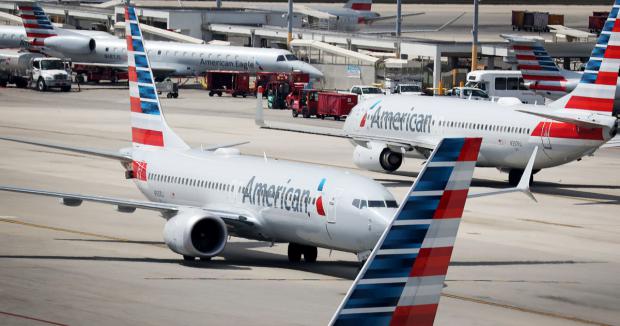 The U.S. carrier said Monday's cancellations were about 5% of its total flights planned, as of 7.30 am ET.

Severe winds at the Dallas/Fort Worth International Airport in Texas have reduced American's arrival capacity by more than half, with the inclement weather also impacting the airline's staffing, American had said over the weekend.

The company, however, hoped some of that impact could be mitigated with nearly 1,800 flight attendants returning from leave starting Monday.

"We expect considerable improvement beginning today with some residual impact from the weekend," company spokeswoman Sarah Jantz said in a statement.

Staffing shortages have hit American Airlines, Southwest Airlines Co and Spirit Airlines Inc in particular, as they ramp up flights ahead of the holiday season but face problems finding enough pilots and flight attendants.