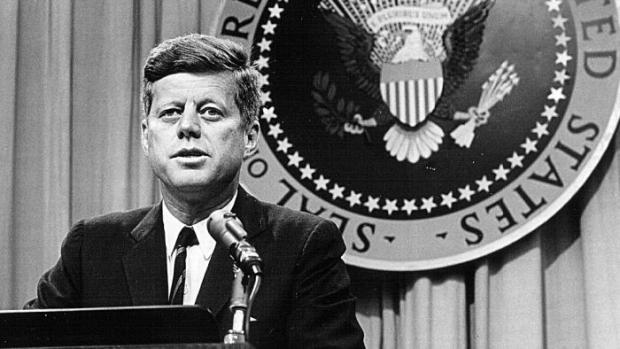 Ordinarily, the CIA's journalistic assets would have gone into action by now, publishing editorials and op-eds supporting Biden's decision to grant the CIA's demand for continued secrecy on grounds of "national security."

What's the reason for the silence? I suspect that despite their extreme loyalty to the CIA, they're all too embarrassed to make such a ludicrous argument. Better to remain silent and hope the whole controversy just goes away.

By the time of Oliver Stone's movie JFK in 1991, the CIA and the rest of the U.S. national-security establishment had kept their assassination-related records secret for some 30 years. They said that "national security" required such secrecy, notwithstanding their claim that a lone-nut communist former U.S. Marine had killed President Kennedy.

People didn't buy it. Stone's movie induced a massive public outcry against continued secrecy. In one of those rare instances in which Congress is forced by public pressure to act against the wishes of the Pentagon and the CIA, Congress enacted the JFK Records Act of 1992, which forced the national-security establishment to disclose their long-secret assassination-related records.

To enforce the law, Congress called the Assassination Records Review Board into existence. From 1993 to 1998, the ARRB forced the release of thousands of long secret records, oftentimes over the vehement objections of the Pentagon and the CIA.

What did happen, however, is that the ARRB lifted the shroud of secrecy that the national-security establishment had placed over the autopsy that it had conducted on the body of President Kennedy a few hours after the assassination. The records revealed one reason why the military and the CIA had wanted to keep their assassination-related records secret forever: The autopsy they conducted was fraudulent to the core.